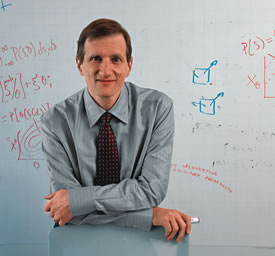 On March 6th at 4:15 the Digital and Computational Knowledge Initiative is very happy to be hosting Professor Gary King, the Albert J. Weatherhead III University Professor at Harvard University. A member of the Department of Government there, King is one of the most impressive thinkers and researchers into the social scientific possibilities of Big Data.

He will speak on “Reverse Engineering Chinese Censorship”, a talk that will describe how he and his collaborators were able to harvest vast amounts of data and then analyze and test the effects and policy implications of the Chinese government’s censorship of social network information.

Please announce this talk to your students and try to come yourself.

On February 12th, Wesleyan will have the chance to hear one of the the nation’s most prominent advocates for shaking up the social sciences with the possibilities of quantitative methods and models. Nicholas Christakis will be here to discuss his passion for the power of social networks. His talk is called “Connected: The Surprising Power of Our Social Networks and How They Shape Our Lives.”

Nicholas Christakis is the Sol Goldman Family Professor of Social and Natural Science at Yale University. Tellingly, he holds appointments both in the Sociology Department and the School of Medicine. His work has frequently been in the news. He and his collaborators often use large-scale quantitative analysis to understand the nature of social and pscho-social behaviours, for instance examining the nature of medical prognoses or the effects of bereavement. Most prominently, he has studied the role of social networks in explaining the demographic and epidemiological characteristics of such things as obesity, quitting smoking, and happiness itself. He has showed how much whom you know will determine many of your key medical characteristics and behaviours and how they might change.